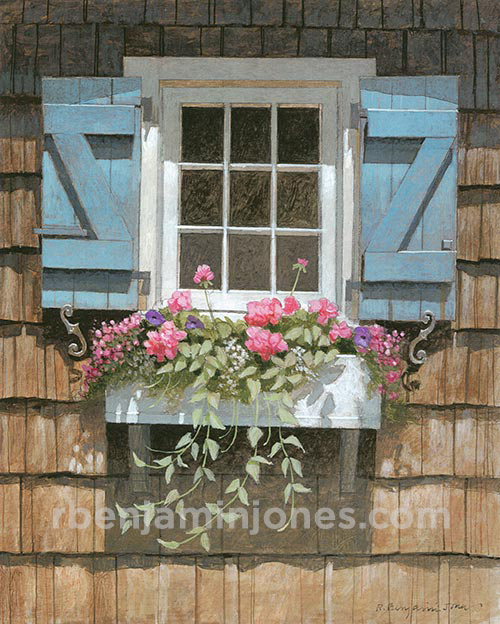 The setting is the little know island called Fishers Island. It is just a short trip from New London, Connecticut, but is owned by New York, being a part of the upthrust of Long Island.

The window is one of many such windows on this and many other islands of New England. For that matter, it doesn't need to be an island; such scenes are all over New England. It is not the setting that matters in this painting. The impact (if there is any for the viewer) would be the same, I think, if the windows were in New York City. The impact (too strong a word, perhaps - maybe "feeling" is enough) is to be found in the questions that arise with any windows - namely, who or what is inside? Completed 1999.