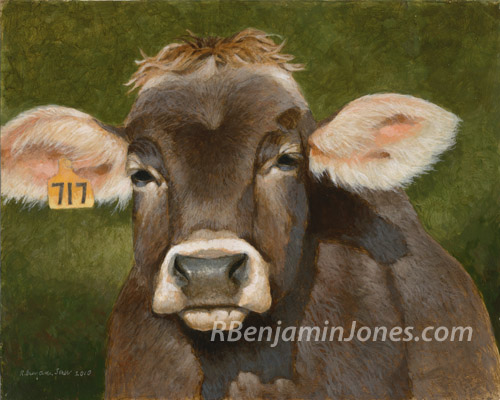 When I first began to paint the farms, I had great hesitation putting cows in the scene. Part of the problem was the difficulty in painting the Holsteins that were on nearly every farm. Then I discovered the amazing Brown Swiss. A man named John Hostetter had a farm near Leitersburg and also had Brown Swiss cows. John gave me the freedom to spend many hours and study this wonderfully colored animal. For a number of years now I have painted many Brown Swiss.